The main arguments against the recently renegotiated Energy Charter Treaty don’t stand up to scrutiny. Pulling out of the treaty as some countries have announced will not foster much-needed investments in renewable energies. Only a predictable investment framework will. By Urban Rusnák.

The UNFCCC synthesis report 2022 shows that we are not on track to keep within the goal of limiting global temperature increases to 1.5-2 degrees Celsius.

What the ECT does – and what it doesn’t do

The Energy Charter Treaty is a fuel-neutral agreement covering more than fifty countries across the Eurasian landmass and the most important of its neighbouring islands.

The ECT  supports and enables international energy cooperation in transit, trade, energy efficiency and environmental protection. and provides investment protection to all foreign energy investments among its contracting parties.

A few years ago nobody in clean energy advocacy was interested in or in impressed by the work of the International Energy Charter.

Off-the-record, they may have been positive about the ECT offering a last legal resort to renewable investors in disputes with governments of some EU countries.

But publicly, these groups never spoke in favour of the ECT, because of their political closeness to anti-globalisation campaigners fighting the investor-state dispute settlement system.

During the five-year review of the Energy Charter Process in 2014, member states found the ECT satisfactory – and no one was challenging the treaty’s raison d’être.

However since 2018 Energy Charter Treaty has become a target for a loud alliance of critics of international investor-state dispute settlement systems and climate campaigners.

The problem is that their main arguments against the ECT do not stand up to a reality check.

In fact, and in actual practice, the ECT predominantly protects renewable energy investments.

It provides much needed stability and predictability in the investment framework and does not preclude governments from regulating energy policies.

Small and medium-sized enterprises have filed most of the investor claims against states brought under the ECT.

According to available data, there is not one single case where ‘Big Oil’ – i.e. the world’s supermajors – has used the ECT to sue governments.

If there is any conclusion to be drawn on how ECT’s affects green industries, it is that most claims for compensation under ECT are for renewables.

There are no “secret private courts”, as many campaigners claim. Long-established international standards are governing those litigations. The United Nations’ UNCITRAL, the World Bank’s ICSID or the Arbitration Institute’s of Stockholm Chamber of Commerce rules and procedures are applicable to ECT arbitrations.

Of course, this does not mean that the contracting parties could not have done much more in the past ten years to increase the transparency of proceedings under ECT.

In the last five years the treaty has undergone an intense modernisation process, led by the European Union.

Negotiations driven by the European Commission ended  in June 2022 with an amended text, which is the best achievable compromise.  It is not perfect, but is the highest common denominator among ECT contracting parties and the result of relentless efforts of all the delegations involved.

The text is due to be approved at the upcoming 33rd meeting of the Energy Charter Conference in Ulaanbaatar, Mongolia on 22 November 2022.

It is somewhat surprising that there are a number of countries which recently announced their withdrawal from the ECT at this stage in the reform process, before the modernisation is completed.

Any country which leaves the ECT before its modernisation enters into force will remain locked in the current investment protection provisions for another 20 years – including full protection of fossil fuel investments.

As the multiple claims against Italy show – Italy having left the ECT in 2016 – withdrawal does not provide immunity from arbitration cases.

On top of the widely reported Rockhopper vs. Italy case, which relates to the revocation of an oil drilling licence, Italy is also a respondent in twelve more cases seeking compensation for regulatory changes in the renewable sector.

Heart of the problem: lack of predictable rules of the game for decarbonisation

This and other examples show that there is little rationale behind withdrawal, other than to appease campaigners.

Objectively, a withdrawal from the ECT will not make the phasing out of fossil fuels less costly. On the contrary, it will make the process longer and more expensive due to expected legal proceedings.

With the ECT undermined, we would also lose a precious platform for energy transition diplomacy.

Moreover, the debate diverts the focus away from the heart of the problem – the prevailing national interests and extremely complex regulatory frameworks that prevent countries from setting clear and predictable rules of the game for phasing out carbon-emitting and polluting industries.

The ECT does not regulate energy policies, nor does it prescribe any preferred source of energy for contracting parties. It expressly respects countries’ sovereignty over natural resources.

Even a coordinated withdrawal from the ECT by a group of countries will change nothing in their legal commitments under the sunset clause.

In fact, fossil fuel energy investors from all around the world domiciled in those ECT countries may privately applaud such a move, as they will remain protected for a much longer period than foreseen in the modernised treaty.

If we are serious about basic principles of rule of law, we should be able to bear its burden. We cannot pretend to stick to this principle only when we believe it is working in our favour.

As the German constitutional court found in 2016 in the famous Vattenfall case related to the country’s pull-out from nuclear energy, lack of compensation to an energy investor for the sudden reversal of state policy constitutes violation of its property rights – and hence proportionate compensation is due.

ECT-bashing will not help its members in achieving their climate goals. More investment in low and zero carbon energy technologies and energy efficiency measures certainly will do. A stable and predictable investment climate under a modernised ECT will help those investments materialise. 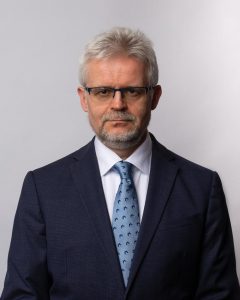 Ambassador Urban Rusnák was secretary-general of the International Energy Charter from 2012 to 2021. He currently works at the Ministry of Foreign and European Affairs in Bratislava, Slovakia.

The author writes in his personal capacity.