Participants in the Indo-Pacific Economic Framework are holding their first ministerial meeting this week in the United States. Deborah Elms explains what IPEF is all about – and what it isn’t. 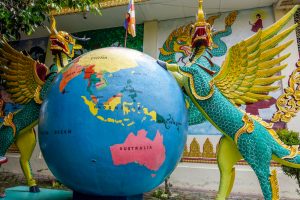 Unlike the United States, Asian governments have prioritised economic integration as a key pathway for growth for decades.  A US unable or unwilling to engage in similar processes using FTAs has presented a challenge to possible partners in the region.

Many Asian governments, facing shifting geopolitics, plus pandemic and inflationary pressures, have indicated a strong and increasing interest in having the United States more firmly anchored economically in the region.

This has given rise to a challenge to the United States:  is it possible to craft a trade and economic framework that is not an FTA, does not fall afoul of US negotiating constraints, and still delivers possible win-win results to participants?

The result is the Indo-Pacific Economic Framework or IPEF.

Why IPEF and what it is

IPEF should not be considered like an FTA.  It is a framework of disparate elements that are loosely connected through overlapping or similar membership.

Most of the included topics are outside traditional FTAs and many address cross-cutting issues that will draw upon expertise from diverse government ministries and agencies.

For example, a pillar on supply chains is to be led on the American side by the US commerce department and could involve officials from trade, industry, customs, or agriculture.

In 2008, when most Asian governments were enthusiastically embracing bilateral and regional free trade agreements the United States had a relatively limited set of existing FTAs.

The then-outgoing US administration of George W Bush realised there was a rare opportunity to work on new regional arrangement by joining a small trade deal with Brunei, Chile, New Zealand and Singapore.

Over time, the negotiations morphed into the Trans-Pacific Partnership with 12 signatories in early 2016.  The US then famously pulled out of the deal in January 2017.

While a renamed and modestly adjusted TPP continued towards implementation in late 2018, the United States remained detached from trade arrangements, especially with Asian governments.

The US is a member of the Asia-Pacific economic cooperation forum APEC and a dialogue partner with the ten-country Southeast Asian group ASEAN. But the set of American FTAs in the region remains limited to Australia, Singapore and South Korea.

Congressional authority to sign new FTAs, exercised through Trade Promotion Authority lapsed in June 2021.  Absent TPA renewal, the executive branch cannot provide preferential tariffs. Nor can it commit the US to legislative or regulatory changes that require congressional approval.  Instead, any trade commitments need to be handled as an executive order. This could make it difficult to convince partners of America’s long-term commitment to the exercise.

Negotiations on the content of IPEF have not really started, so it is impossible to predict exactly what the outcome may look like.

Members of the supply chain pillar and the other two IPEF pillars led by the commerce department on green infrastructure and tax and anti-corruption can participate in all planned activities or just a subset.

It could be, for instance, that a handful of members engage in a pilot project or pathfinder initiative or that all participate in a cooperation exercise intended to find common ground for future regulatory actions at the domestic level.

The US commerce department has already released details on the first project directly tied to IPEF with the launch of an upskilling initiative, largely aimed at digital skills development for women and girls across eight IPEF markets.

The last pillar, on trade, is to be led by the US trade representative’s office.  It has a slightly different character, as participating members are meant to be involved in implementing commitments across all ten aspects of the framework, including digital, labor, environment, gender, and competition.

While some of these topics have been addressed in past comprehensive FTAs and the pillar is likely to be led by trade ministries or agencies, the content does not match with a typical trade agreement.  There will be no chapters on goods, services, investment, intellectual property, customs and trade facilitation, and so forth.

At the moment, potential Asian participants are taking a cautiously optimistic view towards IPEF.  While many are disappointed that IPEF will not provide additional market access, it might contain other benefits.  For example, improved coordination over supply chains might make future disruptions less likely.  Consistent regulatory approaches to the digital economy could lead to less fragmentation.

Because it’s frankly too early to tell what direction IPEF might go, potential members have been comfortable engaging in discussions such as precisely this week’s meeting of ministers in Los Angeles.  However, if these conversations do not appear to be leading to favorable outcomes or if commitments start to feel more onerous, some members might be less enthusiastic.

Given that market access is not on the table, it is less clear what sort of direct benefits members might get from IPEF.

This is especially the case vis-à-vis the United States, which has started talks under the assumption that no domestic-level changes that might need approval from Congress will be undertaken.  Thus it is not obvious what sort of new benefits members might get from the United States.

Washington will argue that members could receive substantial benefits from closer alignment with existing US policies.  For instance, digital trade rules can be inconsistent and clearer commitments to create interoperable policies could drive further future investment in the domestic digital economy of all members.

But cooperative outcomes might also require domestic level adjustment in some member economies.  If so, it could be quite difficult for Asian members to justify changes absent clearly defined economic benefits from IPEF participation.  Any attempt to adjust existing regulatory and legislative rules could be quite problematic for some members.

The negotiating constraints found in IPEF suggest that many of the topics will be addressed through future collaborative conversations, rather than through consistent rules embedded in the initiative’s documents.

While these attempts to create future regulatory or policy alignment could be quite helpful to companies, it is also going to be tough for firms to determine the actual value of IPEF.  What, after all, is the benefit for any specific firm from a future pledge by participating members to meet?

The new and uncertain nature of the IPEF framework makes it hard to assess the likely future impact, benefits, and challenges that might be forthcoming from this exercise.  The potential for tackling a range of important topics could be substantial.

Alternatively the whole process could slowly lose momentum, resulting in either fragmented outcomes or non-existent follow up and implementation.

At this point, a wide range of outcomes are possible. 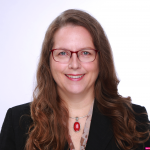