The United States’ crashing into a submarine agreement Australia concluded with France, getting Paris kicked out of it and replace it with its own  nuclear-powered technology, all done in secret and revealed suddenly last week is a shock to everyone.

The move raises disturbing questions as to the US’ intentions and reveals the hard reality of French and European influence as a security provider in the Indo-Pacific region.

When push comes to shove, European friends in the Asia-Pacific will go with the US. We all agree: the leading NATO member’s behaviour is short-sighted and not worthy of our 70-year-old transatlantic alliance.

But the last thing to do is to tear down the fragile dialogue between Brussels and Washington that was painstakingly being built over recent months after the tumultuous Trump era. To the contrary – it’s time to upgrade it.

There are two things to bear in mind: the EU needs to think European and not do France’s bidding alone; the EU needs to work on its ‘hard security’ strength and credibility.

France, with all its legitimate questions and grievances and calls for a strategic pause in relationships with the United States over the last days should not infect the EU with the mercurial methods of its brash president whose own intentions are not entirely clear.

The European Commission and Council are there to watch over the pan-European interest. And that is not to run away from burgeoning conversations with Washington just now. Dividing the EU on these issues is toxic.

Cancelling a meeting over technology policy and China as under the planned Trade and Technology Council, which was originally due to be held on 29 September would have been a very bad idea. The face-saving decision made on Tuesday to postpone it for a few weeks is suboptimal – albeit understandable. Let’s not postpone further.*

The AUSUK incident reveals precisely how both sides need to build better understanding and trust on precisely tech and China, so both sides had better get on with this TTC.

It is hard to see how running away from the negotiating table will actually make the United States decide on a suspension or removal on import duties EU steel – a move made under the last administration on national security grounds.  The EU argues that it should not be seen as a national security threat for the US. Running away from the table just now is not very convincing in this regard.

These so-called Section 232 negotiations were ongoing before late last week’s nervous breakdown. The US, despite its difficult domestic political constraints, has been making genuine efforts to find a solution.

The second issue is that extensive sulking and retreating from diplomacy and dialogue with the United States is not a sign of political maturity.

We all know that the EU is a weak security player on its own. This is already true in its own region so let’s not talk of far-away regions.

France, despite its very sophisticated Indo-Pacific strategy patiently and intelligently rolled out over the last decade in partnership with countries such as India and Australia as security allies, is informed by the fact that it owns territory in the Pacific. But let’s face it. Paris is not powerful enough – hence credible enough – in the region when countries muster a potential armed conflict with China.

Now is time for the EU to get to work, seriously, quietly.

It needs to build its own defence capacities and pool them. Having a German frigate here and a French one there sailing along the Taiwan Strait will not make Berlin and Paris serious players in the face of Beijing or Washington and its allies. They need to carry a common weight and common vision to make all this more credible.

But we are far from a genuine common foreign and defence policy in the EU, PESCO, EEAS’ ‘strategic compass’, and a shiny new EU-wide Indo-Pacific strategy notwithstanding. As long as Germany and France don’t do their homework in terms of agreeing to invest resources into their own and the region’s defence and build trust with the Central and Eastern European countries, nothing in terms of a holistic common security policy is ever going to fly.

Europe’s countries on its eastern flanks need enough security guarantees regarding Russia and a less corrupt and complacent Social Democrat gas pipeline policy in the Baltic Sea from Germany. Without this, talking of ‘strategic autonomy’ with these countries will ring hollow and be extremely divisive. These EU members also tend to want economic openness with the United States and seamless a transatlantic data space. And they don’t want to put in question their US alliance – Russia is watching right at their back!

They need to be listened to – not get served French-style pseudo-colbertist industrial policy and wobbly Russia politics from a subservient Commission and Council president.

But these countries will also need to realise that just clinging to the established ways of dealing with the United States on security matters carries longer-term risks for them as Washington downgrades its European engagements.

Also, European Union members will only be taken seriously by the US if they actually come up with a foreign policy approach that is cogent and coherent.

Work to avert a ‘malign US’ scenario

There is a malign interpretation of what is happening in the EU-US relationship under the Biden administration.

Some believe – with alas credible facts backing them up – that the United States can no longer bear the European Union’s commercial and political rivalry. Under Trump it was reflected in the president’s obsessiveness with the competitiveness of the German car and its – rather amusing – systematic chasing up of European Union Geographical Indications deals with Canada and China.

There are some who also suspect that all the US-led and rather effective furore over the EU China Comprehensive Agreement on Investment inked in late 2020 reflected wariness of a deal that might have levelled the Europeans’ playing field with the US after their own Phase One deal and that in some areas of policy – labour rights, subsidies –  would have looked better than said Phase One agreement.

I remember an era in the early years of this centuury of more cordial rivalry – a bilateral trade deal with Korea inked by one side inciting the other party to negotiate an equivalent FTA with Korea, the launch of a bilateral investment agreement with China on one side followed by the launch by a bilateral investment agreement with China by the other. All this was “de bonne guerre”, as the French would say. “Fair game”, to put it the Anglo-Saxon way.

Today’s low-scale transatlantic commercial “guerre” is becoming less benign – and this is worrisome.

The United States, rightly, calls on European NATO members to spend more on defence. But it never liked the idea that Europeans might want to do is leveraging their own defence industry, pooling seriously their policies and having its own mind about things. Washington doesn’t fundamentally like the ‘strategic autonomy’ idea. One often hear US officials or pundits say they don’t understand it. I assert they do: they just dislike its very notion.

Indeed it is easier to bully the small EU member state into unquestioning alignment with Washinton rather than the bigger club of EU countries. And the US military-industrial complex is brashly mercantilist and wants America’s tech and arms being sold in Europe (and Australia) first.

The AUSUK episode smacks of exactly that: shameless mercantilism mixed with removal of a potential articulate rival which didn’t even have the intention of becoming a rival.

Will the post-Trump United States remain as nasty and grumpy vis-à-vis the European Union? Staying on that path is not in the United States’ interest.

But to the EU I would say: Give the Biden administration a chance. Have EU leaders talk to the White House regularly on the state of the world and on how to respond to it. Fast-forward a discussion on better defence policies.

The TTC, initially seen by many as a useful way at getting this type of conversation going might not be enough. Something higher up in the hierarchy is needed. We need hard high-level  talk about global, European and Asia-Pacific security.

Incidentally our trade, tech and investment policies would benefit from a constructive transatlantic strategic environment. 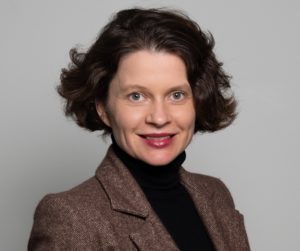 Iana Dreyer is founder and editor of Borderlex. She writes in her personal capacity.

* On Thursday 23 September 2021, the European Commission decided not to seek a postponement of the first meeting of the EU US Trade and Technology Council scheduled on 29 September.