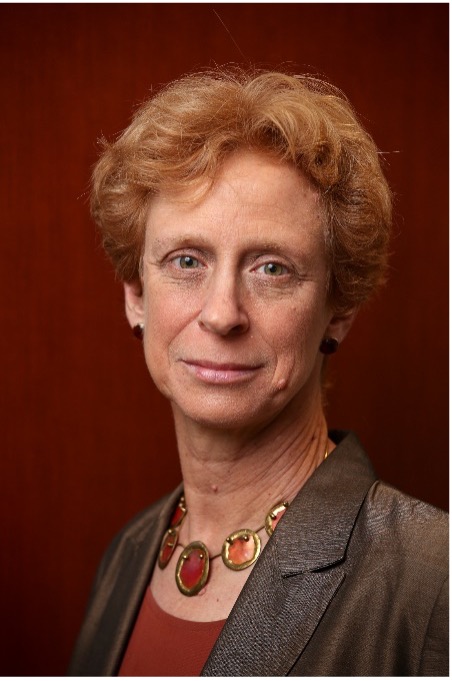 The Biden administration is genuinely committed to a partnership with the European Union on issues related to the digital economy. But making new ‘trade and tech’ initiatives announced in the wake of the EU-US summit work will require swift movement and a lot of resources. A conversation with Frances Burwell.

Q: The EU and US launched a Trade and Technology Council at the EU-US summit on 15 June. What is this initiative about?

The Biden administration has a very broad agenda vis-à-vis the European Union. It is genuinely committed to a partnership with the EU.

The Trade and Technology Council is only one of ten different EU-US joint working groups and task forces agreed at the summit. They cover a range of issues, from security and defence to COVID-19 vaccine distribution.

There is a long history of dialogues between the United States and the EU – but not all of them turned out well. A lot of them died on the vine.

This is about keeping ministers, commissioners, executive vice presidents of the Commission in Europe and cabinet-level people from the United States involved – when you are in fact talking about very technical issues. It is a real challenge to maintain high-level political attention to these types of issues.

But I do think that both parties have entered into this initiative with the spirit of making it work.

Q: What is the TTC’s mission and how will this work?

We don’t yet know how the Trade and Technology Council is going to work. We have yet to see who on the EU side and who on the US side will become the principal drivers in practice.

The Council marries trade and tech policy. It is oriented towards supply chains, mixing digital, medical, research and innovation, standards and other issues. Artificial intelligence is also included in the mix. I wonder which policy community – trade or digital – will dominate in the end.

There are many political elements to this Council. There are elements that are clearly aimed at China. But the references to China are not overwhelming.

In every stop on his recent European tour, President Biden has emphasised democracy. If you put the TTC in that environment, this is clearly about democracies partnering up to organise themselves so that technology reinforces democracy rather than distracts from it.

It is not surprising that one of the areas of work of the TTC is democracy: but that is odd for a body that is about ‘tech and trade’. I fully expect that this stream of work will end up at the ‘Summit of Democracies’ that the Biden administration is planning to hold by the end of this year.

The TTC does not seem to be the place where the Washington is going to talk to the Brussels about competition in digital markets, including new EU regulations such as the Digital Markets Act and the Digital Services Act.

The EU and US have long held a Competition Dialogue which focuses on discussing specific anti-trust cases. It is important to expand this dialogue. But there is only one sentence about a new dialogue in the EU-US communiqué.

In Washington there is growing attention to especially the EU’s planned Digital Markets Act which aims at increasing competition in the digital platforms market. But if it passes in anything like its current form, and if the ‘gatekeepers’ this regulation is targeting indeed turn out to be exclusively from the United States, then that could become a tough political issue.

Q: The EU-US communiqué stated that the two “plan to continue to work together to strengthen legal certainty in transatlantic flows of personal data” i.e. to renegotiate the Privacy Shield which was invalidated by the Court of Justice of the EU in 2020. What are the prospects?

The EU and US want to come to an arrangement that is not going to be subject to a potential ‘Schrems III’. That’s tough!

From a US perspective, there are EU governments that are doing not dissimilar things in terms of national security surveillance.  If data transfers break down between the US and the EU because of national security concerns, what is this going to mean for data transfers from the EU to many other countries around the world? I am thinking of India or China: how is that going to be handled?

Q: There was a G7 understanding on the Inclusive Framework negotiations only days before the EU US summit. Has this solved US – EU disagreements over digital services taxes? Why did the Biden administration keep the option of introducing retaliatory tariffs on European countries following the Trump-era Section 301 DST investigations?

With the G7 agreement, everyone is now on the same path. This is a big improvement on where we were early this year.

The US government is rightly concerned that the countries that have passed a digital services tax in Europe and elsewhere – even when they haven’t implemented it yet – will not remove or revise it after there is agreement through the OECD.

The way I read the US government’s move of announcing tariffs and immediately suspending them is that this is important bargaining leverage.

They want an Inclusive Framework agreement that they feel is not just targeted at US companies or is just about removing revenues from the US Treasury. But they do understand the idea of not having a taxation ‘race to the bottom’, and they understand that companies are making a lot of money and not paying to the jurisdiction where they make money – unlike in the old bricks-and-mortar days.

The US rightly raise the question of whether you can identify digital companies, or whether these have to be biggest companies. Ten years from now, is there going to be a distinction between digital companies and other companies that can justify specific digital taxes and levies?

Q: Will the EU and the US manage to resolve all the issues on the table?

The Biden administration needs to get their people in place. The US needs an ambassador to the European Union. And they need to have people throughout the relevant state bureaucracies who understand these digital issues. This is one of the concerns I have: the administration has placed many well-meaning ‘Europeanists’ and ‘transatlanticists’ in key positions but most are only now learning digital issues.

These new US officials have done a superb job at laying the groundwork for the June EU-US summit and getting the extensive ensuing joint declaration done. But they are not enough to sustain the work that needs to go into living up to the declaration. That push needs to happen over the summer 2021, so that by the fall we can really start moving forward.

One of the challenges that I see is that the EU has a huge amount of legislation in the pipeline – the Data Governance Act, the Digital Services Act, the Digital Market Act to name the most important. But the United States is just barely starting to engage with Brussels on that.

The EU is going to go right ahead and is not going to pause. I hope there will be throughout the summer some constructive conversations about specific pieces of legislation. This could help prevent future problems and also help the US government as it starts thinking itself about how to regulate tech.

Frances G. Burwell is a distinguished fellow at the Atlantic Council in Washington, where she heads the Transatlantic Digital Marketplace Initiative. She is also senior director at McLarty Associates.