The British government has proudly unveiled its blueprint for a chain of ‘freeports’ as a feature of the country’s post-Brexit trade landscape. But translating the “big idea” to reality on the ground will be a lot more complicated, writes Edward Farmer.

Sunak stressed the successful freeport candidates should agree their governance arrangements and successfully complete their business cases to be able to begin operations from late 2021.

That sounds easy – but will it be?

If the privatisation of much of the economy in the 1980s and 1990s is anything to go by, translating the “big idea” to reality on the ground is likely to be a lot more complicated. This is not least because each of the successful freeports will be different, and “one size fits all” does not necessarily pertain.

Here we explore some of the detail that will need to be nailed down to make the freeports programme the success that the government hopes it will be.

The first big issue is whether primary legislation is needed or not.

In evidence to the House of Commons International Trade Committee on 24th February, Steven Barclay, Chief Secretary to the Treasury said that there would be no ‘Freeport Act’ per se. This can be taken as meaning that there will not be the sort of headline legislation which was common to the privatisation process, requiring a full, detailed and extensive parliamentary process.

This implies that any primary legislation needed to “tidy up loose ends” will likely to be tagged onto other legislation. For example, these might be related to research and development or capital allowances as part of any future Finance Act, as appropriate. But at this stage, we do not know.

There are question marks too over the size and demarcation of these zones.

In the freeports bidding prospectus, the government stipulates that a freeport is limited to an outer boundary of 45km, unless a special case can be made as to why this should be exceeded. This boundary must include the primary customs site, tax site, and any additional customs subzones, as well as an obligation to include measures to prevent unauthorised access to the freeport customs site.

This involves having “robust perimeter security measures such as fences, controlled access gates and lighting to secure goods within the customs site”.

In rather plainer English, this is pretty much a bonded warehouses model.

So, how does that work in the context of manufacturing things and creating jobs in a post-Covid world?

In principle, businesses within a dreeport can bring in components tariff-free, assemble them into products for export and only pay the duty once the export is made. But how does this work if it is all conducted behind a perimeter fence, a much more limited area? Other aspects, such as the receipt of grants, improved planning permissions via permitted development rights etc, and other non trade-related benefits are expected to be applied to businesses in the larger 45km freeport zone.

It may be that it is the latter that creates the real added value, rather than the strict tax, tariffs and customs aspects. But only time will tell, as the details of each of the eight bids are confidential – certainly as to commercial matters.

Another substantial unknown is the corporate governance structures which each of the eight freeports will be putting in place.

But, for example, does the LEP take commercial and legal responsibility for the commercial parties in its freeport? And how can the LEP limit its liability if something bad goes wrong on any count?

In turn, this implies some rather detailed corporate governance structures and legal documentation as well as contracts on who is doing what, on representations and warranties, and so on. This is ‘the Devil is in the detail’ writ large.

Freeports, subsidy controls, and the TCA

Meanwhile, the government is consulting on the wider issue of subsidy control. The consultation, which closes on 31 March, contains additional detail on policy matters, including “levelling up” – the government’s mantra for supporting the development of more-deprived regions – and the “net zero economy”.

But interestingly, no mention is made of freeports in this consultation document. One has to wonder if this would result in the whole freeport being referred to the Partnership Council or one of its arbitration bodies under the UK-EU Trade and Cooperation Agreement (TCA), if the EU objected to the way freeports were being run.

The subsidy control consultation document refers, in its proposed definition of a subsidy, to the following tests, all of which appear to be relevant to freeports which comprise a partnership between arms of government and private enterprise:

2. The award of the subsidy must confer a benefit on persons supplying goods or services in the course of a business, which would not be available under commercial terms.

4. It has, or could have, a harmful or distortive effect on trade or investment within the UK or internationally. “

It is a moot point how freeports will comply in this regard – and this is another complication to be resolved.

“Innovation” is mentioned extensively by the government in both the freeport consultation and the bidding documents, as well as the subsidy control document above, and it is another area on which the eight freeports are all expected to deliver.

But what does this actually mean in practice? Does it, for example, encourage freeport owners to link up with universities and other places of research and learning, or give commercial entities grants or subsidies to spend on R&D? And why should freeports be any different to the rest of the country in this regard?

Perhaps the trickiest question of all is: how do we know if each of the eight freeports have succeeded or not? If they have not, how will this be measured, and what steps can the government take? Will the authorities have “step-in rights”, which are common in many commercial contracts when a counter-party fails to perform?

In addition to these major issues, there is a multitude of smaller issues that still need to be addressed.

One example is the question of ‘contiguous sites’. On the customs side, there are many cases where the port and the land nearby which they wish to develop do not necessarily fall into a neat block that can have a security fence put around it. This might not sound that important. But if security and customs have to be water-tight for that part of it, then this is a not insignificant detail.

The UK government is very keen to have the English freeports up and running in 2021. But given all the above complexity, one has to wonder if all of this is possible in just nine months. 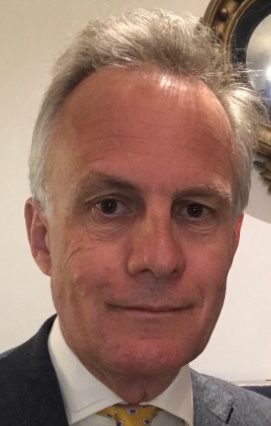