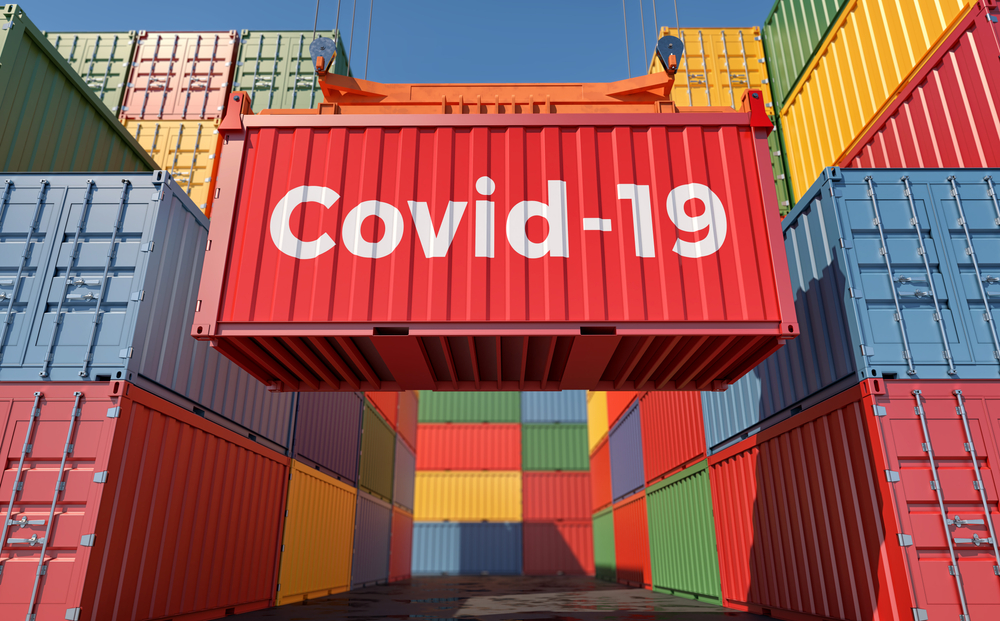 Instead of engaging in export controls, the world’s large vaccine producers should come together to clinch a ‘Covid-19 Vaccine Investment and Trade Agreement’, write Chad Bown and Thomas Bollyky in a new piece by the Washington-based Peterson Institute for International Economics.

The proposal comes amidst simmering tensions among the big powers over international COVID-19 vaccines shipments. The matter is making politicians jittery.

The global pharmaceuticals industry has been able to muster and mass produce a vaccine against the COVID-19 virus from scratch in record time – merely one year. The very international interconnectedness of the pharma industry has made this possible. But teething problems are inevitable. The glaring media and public opinion limelight add to the political nervousness around vaccine delivery, shipments and rollout.

The European Commission stunned the world this week by announcing it could further increase restrictions on exports of vaccines amidst fears of continuous shortages of supplies and a row with next-door Britain over shipments of UK-produced AstraZeneca vaccines contracted by the EU.

The European Commission is now pushing for ‘reciprocity’ in vaccine supplies with its partners and will discuss plans with heads of government at a summit next week to potentially use emergency measures enshrined in the EU treaties to act drastically: seizures, intellectual property waivers, export restrictions.

The route taken by the EU has been widely criticised inside and outside the European Union.

“It is not enough to vaccinate one population in one region,” said Anabel Gonzalez, a former Costa Rican trade minister, World Bank official and now a think tanker in Washington. “Everyone across the world needs to be inoculated to avoid the propagation of variants of the virus,” Gonzalez told MEPs at a hearing in the European Parliament on Wednesday.

While production of COVID-19 vaccines has been ramped up at an unprecedented level, needs are far from being met. Companies need to have the confidence to invest and put down the millions or billions necessary to get factories up and running in record time. Alas: “Export bans can have a chilling effect on investments,” said Anabel Gonzalez.

Whilst the EU’s export authorisation scheme for COVID-19 vaccines is highly visible because enshrined explicitly in dedicated legislation, it has so far hardly restricted exports.

Enacted at the end of January 2021 and recently prolonged until the end of June, it has so far only led to one ban for one shipment from Italy to Australia. But, as production delays continue to mire the EU’s procurement scheme for vaccines, more such decisions could be taken in the coming weeks.

The EU might be taking a lot of blame, but other countries might be engaging in more murky forms of export restrictions.

A group of scholars have identified a ‘Vaccine Club’ in a European Union Institute paper published early March. The ‘club’ is made up of a dozen countries or jurisdictions in the world that are responsible for virtually all global vaccine production. These countries also trade most of the critical inputs for vaccines mainly amongst themselves.

The most prominent members of the club are the United States and the EU. Other ‘members’ are China, Japan, India, Singapore, Australia, Switzerland, Canada, the United Kingdom and Russia.

Advance Purchase Agreements – the procurement contracts for vaccines – by rich governments include clauses that give the national government absolute priority for deliveries, overriding potential other contractual obligations of the vaccine-producing firms.

“The fact that many members of the Vaccine Club are also countries that have ordered large amounts of vaccines through advance purchase agreements implies that de facto the Vaccine Club may already have had the effect of restricting exports,” write Simon Evenett and colleagues in their paper.

Whereas most governments have pledged to make vaccines available to the rest of the world, the temptation to hoard remains. Efforts to ramp up production and distribution of vaccines around the world are still largely insufficient.

If vaccines need to circulate across borders and production and trade ramped up – governments must collaborate.

Ad hoc collaboration has already begun. This week for example, the United States, Japan, Australia and India agreed to pool financing, manufacturing and distribution capacity to send 1 billion coronavirus vaccines across Asia by the end of 2022.

There are timid attempts at the WTO to launch a ‘trade and health’ initiative that would help contain border frictions and export controls – with yet an uncertain fate ahead of the next ministerial meeting of the organisation scheduled in late November.

None of this is enough.

This is how the Peterson Institute proposal comes in.

CVITA to ramp up production at global scale

“A Covid-19 Vaccine Investment and Trade Agreement (CVITA) is needed to create the incentives to ensure the timely and sizeable scaling up of output and input investments to respond to this pandemic and future pandemic threats,” the authors write.

“CVITA should be aligned to leverage COVAX, the umbrella for the public and private international organisations that already have joined together for the purchase and distribution of vaccines.”

“The investment component of the agreement must create a framework to subsidise the full vaccine manufacturing supply chain and especially coordinate expansion of input production capacity, including for bioreactors, bags, cellular materials, vials, stoppers, syringes, and other ancillary supplies,” add Bown and Bollyky. “Governments would pay into the investment fund on a subscription basis. Participation of the poorest countries should be heavily subsidised or free.”

Finally: “The agreement should include an enforceable commitment on the part of participating countries to not place export restrictions on supplies of vaccines and related materials destined for other countries participating in the agreement.”

None among the experts cite recommend waiving intellectual property protections for medical products in an endeavour to ramp up production – a proposal India and South Africa have made to fellow World Trade Organization members.

Speaking at a hearing at the European Parliament on Wednesday (17 March), Simon Evenett said such a move at this stage of the crisis would be a “pyrrhic victory”. Evenett’s argument is basically that producing vaccines is about much more than just copying a ‘recipe’: it’s about an entire know-how and production ecosystem that cannot be replicated on an ad hoc basis in an urgent situation.

The WTO’s director-general Ngozi Okonjo-Iweala, thinks along the same lines: on intellectual property she recommends a vague “third way” that would focus mainly on getting production up and running across the world, especially developing countries.

The EU’s Commission president’s Ursula von der Leyen’s readiness to take more drastic steps in its vaccine row was described by the European Parliament’s international trade committee chair Bernd Lange as “a sign of helplessness rather than strength”.

The move comes amidst a deep political crisis in bilateral relations between the United Kingdom and the European Union: the EU, whether rightly or wrongly, simply does not trust the current UK government.

The EU move could also have consequences for transatlantic trade relations.

US Secretary of State Anthony Blinken will be in Brussels a good part of next week. On his trip will meet Ursula von der Leyen, with – among others – the aim to “discuss transatlantic goals to contain the COVID-19 pandemic,” the US government announced.

Let’s see if US-style can-do attitude to vaccine production at home and displayed internationally in its recent cooperation with Asian partners can be communicated to Europe next week.

What is clear is that action needs to proceed quickly – vite in French.