Despite the welcome news of the new Trade and Cooperation Agreement, the United Kingdom’s new third country status is unsuited to EU-UK trade in food products, argues Nick von Westenholz. To avoid new trade frictions in future the UK will need to demonstrate that innovation in agriculture can have a positive effect on the environment.

Relief: that was the overriding emotion that characterised farming’s response to the news that the EU and UK had reached agreement on their future economic partnership – at least for those still paying attention, given its untimely clash with holiday plans on Christmas Eve.

The implications for agriculture of leaving without a deal were significant. The imposition of tariffs – in many cases prohibitively high tariffs – would have had severe impacts on many farm businesses, particularly those heavily dependent on UK exports such as lamb producers and barley growers.

So our relief was understandable – but as the NFU had flagged for many months: deal or no deal, farmers have nevertheless needed to adapt to major changes.

The UK’s departure from the single market and customs union has meant our trade with the EU is on similar terms as with any “third country”. Indeed, compared to some such as New Zealand, who have a veterinary agreement with the EU, the new controls and requirements on UK to EU trade are more onerous.

UK traders now have to supply Export Health Certificates for animal products, and phytosanitary certificates for plants. They have to meet complicated Rules of Origin to benefit from the zero tariffs so central to the deal. And they have to be prepared for the impacts of delays and rejections at the border.

All of which means the just-in-time, frictionless movement of goods from the UK to the EU taken for granted before the end of December has morphed into waits extending into days rather than hours, with damaging effects for shelf life and profitability.

The specific arrangements for Northern Ireland are creating problems with trade even within the UK internal market, and as controls applied to EU imports come into effect later this year, we may see another wave of disruption.

It is likely that the disruption to exports will deepen in the days and weeks ahead as trade volumes pick up towards normal levels, but I hope that over time they will diminish. Traders, and indeed officials, will become familiar with the new requirements and improved trader readiness at the border will alleviate turn-backs and delays.

But something has fundamentally changed. Third country status will likely prove unsuited to the unique trading relationship that exists between the UK and the EU’s 27 member states when it comes to agri-food. That’s a relationship characterised by integrated supply chains, small and mixed consignments, and high volumes of trade in fresh and perishable food.

The new frictions will be mitigated to an extent, but many are now structural and it remains to be seen whether the EU and UK are prepared to streamline arrangements to recognise the uniqueness of the relationship, and how well businesses can adjust to the new reality.

How the UK should handle regulatory divergence

An interesting, indeed novel, aspect of this longer-term reality relates to the level playing field provisions, and the significant efforts UK negotiators went to in securing freedom for the UK – or indeed the EU – to diverge on regulations in future.

The precise effect of the new re-balancing mechanism, alongside the general commitments and safeguards against either side “regressing” on environmental, labour and social regulations, may well be tested in the months ahead.

We have already seen the UK government announce a review of the UK’s approach to gene editing in plant breeding, which could provide farmers with access to new varieties of crops with positive characteristics such as drought or disease resistance.

But a more innovation-focused approach by the UK government could put it on a collision course with the EU, who have taken a more cautious and restrictive view of such technologies. The trick for the UK will be to ensure they can demonstrate such innovations have a positive effect on the environment, which could narrow the EU’s room for manoeuvre in applying retaliatory measures.

The other area to watch will be the effect the new relationship has on UK’s broader trade policy.

To some extent the direction of travel has already been set – the UK decided in the aftermath of the referendum vote to prioritise trade deals with its old anglophone friends: the USA, Australia and New Zealand.

The motivations for doing so may have been more political than economic, but farmers have certainly noticed that these are three of the most effective agricultural exporters in the world, all looking for a slice of the UK market.

Alongside the phasing out of direct payments to farmers following the UK’s departure from the Common Agricultural Policy, the years ahead are likely to present choppy waters for British agriculture.

One upside of these challenges, however, has been the subtle but significant re-entering of trade policy into the public discourse.

Politicians, the media and the public are taking more interest in how we trade and who we trade with. The issue of food and farming standards has been at the heart of renewed debate – and in particular the extent to which new trade deals may mean an increase in food on the UK market produced to different standards – of animal welfare and environmental protection for example – to UK farmers.

This is not surprising, given these issues are increasingly priorities for the public, and with climate change identified as perhaps the pre-eminent challenge for politicians across the globe in the decades ahead.

At the same time UK farmers will be incentivised primarily to deliver public goods through a new farm support system – an interesting direction of travel if they are to be asked to go toe-to-toe with some of the most competitive agricultural producers in the world at the same time.

There is no doubt this is a tough ask, but it doesn’t have to be impossible.

The UK government should look to foster more sustainable models of production and consumption, both at home and abroad. It will mean domestic policies explicitly focused on greater resource efficiency in agriculture, that don’t divorce land management from food production, supported by trade policies that expand the competitive environment for sustainable food and farming.

The Trade and Agriculture Commission, on which I sit, was convened last summer to look at precisely this topic, and which I hope will be publishing its recommendations in the near future.

Without pre-judging our final recommendations, its core aim is to reconcile features of government policy which, without being mutually exclusive, are certainly in tension with each other – namely, liberalising trade and increasing the number of FTAs the UK is a signatory to; improving the competitiveness of domestic agriculture; safeguarding our high production standards, especially with regard to animal welfare and the environment; and supporting UK farmers who are at the heart of our landscapes and our rural communities and economies, and who underpin our food security.

This will be no mean feat, and needs healthy doses of reality, compromise, practicality and innovation in policy making. But I’m confident we will give the UK government clear options to pursue a pathway that best reconciles all of these admirable ambitions. 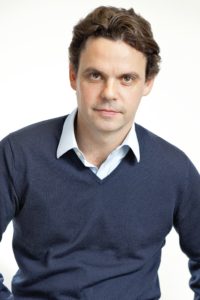