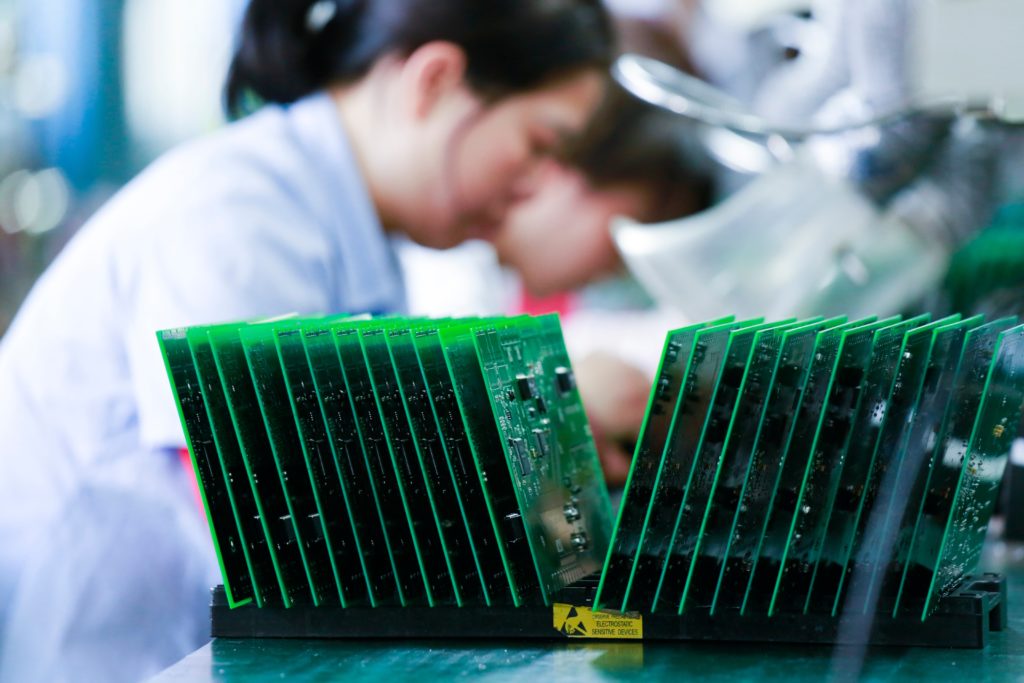 The European Union can contribute a lot in addressing the ‘China challenge’, argues Peter Chase. The United States should seize the opportunity to work more closely with Europe – and here’s how.

The United States and China are on a dangerous path: today’s trade war could easily become much worse, especially over Taiwan. Europeans need to understand the challenge, and their ability to stave off a conflict that would envelope them as well.

The prospects of a conflict in Asia may feel far away for Europeans, many of whom have quietly sympathised with the Trump Administration’s pugilistic approach to Beijing. But Trump’s tactics also make this a fight between China and the United States, allowing the Chinese leadership to mine the feelings of nationalism generated by the “Century of Humiliation” (百年耻辱) that started with the 1839-42 Opium War. Therein lies the danger.

The Chinese people and even the Chinese Communist Party leadership has every right to be proud of their achievements over the past forty years, during which they transformed a desperately poor country into the world’s second largest economy, bringing hundreds of millions out of poverty and into a burgeoning middle class, with vast improvements in all measures of health and well-being.

They did so by throwing off the horrific mistakes of the first forty years of CCP rule, with its Great Leap Forward and Cultural Revolution, and copying the export-driven growth path that propelled Japan and Germany, Taiwan and Korea, to wealth.

Now that path poses problems. Domestically, where years of huge current account surpluses, bans on capital outflows and suppressed consumption poured far too much money into banks that provided more loans to build more factories, breeding the systemic over-capacity that fueled more exports and financial imbalance. And externally, where fears of the Chinese export juggernaut caused the demise of the WTO Doha negotiations as well as the Trump trade war.

The distortions in the Chinese economy also affect Europe, which has taken increasingly tough measures in response.

The European Union has filed WTO complaints with the US and others on auto parts, financial services, raw materials and rare earths, and most recently on forced technology transfers.

It has imposed anti-dumping and countervailing duties – including the painful solar panel case in 2013 – and effectively denied China Market Economy Status by demonstrating how state-dominated the Chinese economy is : China is by far the largest target of EU trade defence measures. The EU has adopted safeguards to manage Chinese exports diverted from the US by the trade war. It has been working with the US and Japan to develop ‘level playing field’ disciplines against Chinese subsidies.

Brussels has established a common approach to screening foreign investment for national security purposes, even though the EU has no competence in this area and is now considering measures to block foreign acquisitions and procurement bids supported by state subsidies. It is trying to expand and tighten EU export controls. It is responding to Beijing’s Belt and Road Initiative with its own Connectivity Strategy.

And the EU is refusing to renew the EU-China ‘Joint Strategy’ given China’s failure to conclude a bilateral investment agreement, its surveillance state, its suppression of the Uighurs and imposition of a national security law on Hong Kong, and its offensive “wolf warrior” diplomacy during the first half of 2020, as Europe reeled from the COVID-19 pandemic.

This burgeoning Beijing belligerence is in part a reaction to Trump’s pressure, but comes also from both a genuine pride in the country’s achievements and an insecurity rooted in the vulnerabilities in the economy and other sources of popular discontent, environmental and political. Next year could be pivotal, as the Chinese Communist Party celebrates its 100th anniversary.

Trump’s tirades on trade and technology stir this toxic mix: he needlessly lets the CCP make the “imperialist” United States the enemy of the Chinese people — needlessly, as China’s economic distortions are a global problem.  A reelected Trump will fan the flames.

But Trump’s trade war is no longer Trump’s alone. Mr. Biden and many Democrats also decry China’s unfair trade practices and worry about its growing military presence in the Pacific. In responding to a less blustery Biden, the Chinese could easily over-estimate their own strength and under-estimate him.

The test will be on Taiwan, the main unfinished task in Making China Great Again. The probability of a conflict in the Taiwan Straits by 2025 is clearly increasing. It is still low – perhaps one in five – but the consequences would be perilous indeed.

The EU can help the world avoid this outcome.

Europe has leverage in Washington and can make it with Beijing. Trump has taken a “go it alone” approach with China, both from a sense of machismo and because many in Washington believe Europe is unwilling to stand up to China.

This could change in a second term: even he must now know Beijing won’t bow to his blandishments, and the EU has established the track record noted above. A President Biden would certainly seek help from his European allies, but some Europeans will resent being asked to take sides even by him.

Europe needs to reframe the problem to resolve it.

First, the EU and its member states must make sure both capitals understand that it would respond hard against provocation toward Taiwan. This should be a clear red line, and Europe should now prepare, and quietly communicate, the consequences.

But second, Europe needs to divert the discussion from Mr. Trump’s narrative of economic aggression toward the vision of China as a “responsible global citizen.” Many argue Mr. Zoellick’s 2005 challenge was naïve, but the alternative vision is one of constant tension, if not conflict. And perhaps the naiveté comes rather from assuming China would mature in a decade, without turns on the way.

Those who ask China to become a responsible citizen, however, must also accept the legitimacy of China’s aspirations to be Great Again.

China should strive to be the world’s greatest country; why not? It has talented people, who can make significant contributions to humanity. The United States, Europe and others should welcome such competition … and strive in their turn to be great. This may be easier for Europeans to do than Americans, and encouraging this acceptance is part of Europe’s task.

Europe at the same time needs to convince China that (despite Mr. Trump) Being Great does not mean being a bully, using power or other underhanded tactics to achieve ends. It means instead taking responsibility for others, and playing fair.

China needs to understand it cannot export its economic problems, not even through the BRI; it must instead actually implement the many reforms its leaders know are needed to overcome the structural problems that lead to its “unsteady, unbalanced, uncoordinated and unsustainable development.”

These reforms will be painful, as painful as the structural changes Europe and the United States underwent as Chinese and other imports altered the competitive conditions facing their workers.

The pain of reform will have political repercussions, and China’s leaders – like our own – have regularly shied away from them. Understandably, as the CCP leadership – including Xi Jinping — was scarred by the chaos of the Cultural Revolution, although the surveillance state it seeks for stability will only hold the people back. But the Chinese Communist Party needs to deal with change, just as European and American politicians have done.

In a large country like China, however, domestic politics usually wins over external pressure. Complaints from ‘imperialist powers’ alone about China’s internal economic and political behaviour and its external costs, however legitimate and even if couched as being in China’s own interest, will not suffice. Especially so if coming from the United States after the past four years.

This raises Europe’s third challenge:  building the diplomatic coalition of emerging middle-income countries to tell China they need it to change its behaviour. An intervention for a much bigger brother addicted to export-oriented growth.

This can best be done, as former Appellate Body member Jennifer Hillman has argued, through a Big, Bold and Comprehensive WTO case, bringing together both China’s actual violations of WTO commitments as well as the “nullification and impairment” violations caused by its continued non-market interventions in the economy.

The larger the number of countries – especially emerging economies — participating in the case, the better, for the political message is more important than the legal win. America, even under Biden, cannot lead in building this coalition; Europe and Japan will need to do it.

This approach requires Europe to take other steps, including better understanding Europe’s power in a world where technological offsets are more important than military hardware, and resolving transatlantic trade tensions.

But the first step lies in understanding that Europe too has the power to build the partnership needed to address the China challenge. 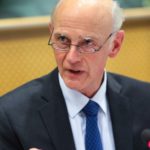 Peter Chase is a Senior Fellow at the German Marshall Fund. Further elaboration of the ideas shared above can be found in The Missing Partnership: The United States, Europe, and China’s Economic Challenge.