The new code of conduct stems from longstanding criticisms levelled against arbitrators in ISDS tribunals. Many critics perceive arbitrators to be biased towards the party that appoints them. They are seen as having significant financial interests in securing appointments as arbitrators and as appearing in various roles – counsel, arbitrator, legal expert – simultaneously in different disputes, leading to conflicts of interest.

Despite the fact that several codes of conduct already exist – for example that of the International Bar Association many government and civil society delegations in the ongoing UNCITRAL Working Group III reform process share the negative perceptions of ISDS arbitrators and set out to develop a set of binding and enforceable rules ode  which would be applicable to all future ISDS disputes, including those that would be dealt with by the Multilateral Investment Court, the permanent multilateral investment good currently under negotiation in the same forum.

The scope of application of the proposed Code of Conduct is very broad.  The text uses the word “adjudicator” – which encompasses arbitrators, members of international ad hoc, annulment or appeal committees, and judges of the envisaged permanent investment court. It also covers “candidates” proposed to act as adjudicators. It is also intended to cover “assistants”, meaning persons who assist arbitrators with the research and drafting of awards.

At the same time, the commentary published alongside the draft states that this Code of Conduct should not apply to counsel, experts and other participants in the proceedings, nor to members of the arbitral institutions, including secretariats. It suggests that other codes of conduct specific to each of these participants are either already  applicable or should be developed separately withspecific obligations.

The proposal requires extensive disclosure from (prospective) adjudicators. The aim is to ensure that the disputing parties are fully informed of all relevant facts and thus are in a position to make an informed decision about any potential conflict of interest.

Article 5 of the draft code imposes the disclosure of any professional, business and other significant relationships with the disputing parties, with their counsel, or with “any present or past adjudicators or experts in the proceeding”. It also enjoins disclosure of any financial interest in a separate administrative, or domestic court proceeding or other ISDS dispute dealing with the questions that may be decided by in the ISDS dispute at hand. It also asks arbitrators or candidates to an arbitrator role to list all ISDS they are and have been involved in, as well as all their publications.

This still being a draft text, some disclosure obligations are yet to be agreed on: the number of past years that these disclosure obligations cover (five years are suggested in brackets), whether to disclose a third party funder having a financial interest in the proceeding or its outcome (the item is still in brackets), and whether the candidate should publish relevant past public speeches. The extent to which the candidate is involved in other non-ISDS international arbitration cases is also not settled.

Disclosure of financial interests and other professional obligations are standard requirements in existing codes of conduct. But the obligation to list all and potentially any other case in which the candidate is involved is more ground-breaking.

Currently, it is not always clear in how many disputes a (prospective) adjudicator is involved in and in particular with which parties. This makes it difficult for parties to estimate whether a (prospective) adjudicator will have sufficient time to dedicate to their case and whether certain conflicts of interest exist. Therefore, full disclosure of all ISDS cases in which an adjudicator is involved would be helpful for parties when selecting an arbitrator.

It is interesting to note that the proposal does not address the issue of repeat appointments, which is one of the most often-heard criticisms. It is not difficult to conceive a system in which an adjudicator is limited to a certain number of repeat appointments by the same party. Obviously, these aspects would become irrelevant if the adjudicators for the planned permanent investment court are selected by the states for a certain period of time.

However, should the proposed but not yet agreed requirement to publish “relevant public speeches”, seems to impose a particularly heavy burden on (prospective) adjudicators. Often there are no written or audio records of public speeches given, or in any event are not in the possession of the adjudicator, making it difficult to meet this disclosure obligation. If it were to be imposed, adjudicators would most likely refrain from making any public speeches in future.

Double hatting, which involves an adjudicator acting simultaneously as arbitrator and counsel in separate ISDS cases, is another often criticised feature of the current ISDS system. In CETA, the EU Canada trade and investment agreement, “double hatting” is simply banned, whereas the new Dutch model bilateral investment treaty includes a 5 year ban on the practice.

Interestingly, the current draft proposal avoids making any specific recommendation on this issue other than including the provision as a place holder. Commentary explains that limiting or even completely banning “double hatting” would exclude most counsels, in particular younger ones, who simply cannot afford to leave their practice in order to act exclusively as adjudicator. In short, if there is a full ban on the practice, the pool of available adjudicators would be drastically reduced.

Note that “double hatting” would also exclude many experienced counsels who regularly also act as arbitrators: this would significantly reduce the level of quality of the awards.

The fact that the proposal does not contain any concrete provision illustrates the difficulties in maintaining the current appointment system, while at the same time addressing the concerns regarding ‘double hatting’.

This problem would become moot for members of the permanent multilateral investment court if they are appointed on a full-time basis coupled with the prohibition of having any other professional activities, as is usually the case with international judges.

The quest for robust enforcement

In contrast to the existing codes of conduct, which are of a ‘soft law’ nature, the Working Group explicitly requested that this new text be legally binding and contain robust enforcement tools.

Interestingly, Article 12 only states that every (prospective) adjudicator “has an obligation to comply” with the code, without explicitly stating any sanctions in case of failure to observe it.

During the UNCITRAL Working Group meeting in October 2019, some delegations called for monetary sanctions on the adjudicators -meaning that they would have to pay back part of the fees they have received.

The commentary released alongside the draft also discusses reputational sanctions by way of publicly listing adjudicators who were found to have violated the code of conduct.

In the end, the commentary rejects both ideas by referring to the practical difficulties in implementing them. Nonetheless, it can be expected that the Working Group members will push for the inclusion of some robust enforcement tools.

The draft code of conduct was been put together in cooperation with the secretariat of ICSID, the World Bank-hosted International Centre for Settlement of Investment Disputes. This will hopefully ensure a high degree of similarity with ICSID’s arbitration rules, which are currently being updated.

Most of the proposed provisions are in line with what can be found in CETA and other new investment treaties and arbitration rules. However, some of the proposals clearly go beyond that and – if adopted – would drastically impact the arbitration industry.

At the same time, the proposal sidesteps several particularly contentious issues, such as the “double hatting” and the enforcement tools. These issues will need to be agreed upon within the Working Group: it remains to be seen whether the more radical reform-minded members, such as the EU and its Member States, will eventually prevail.

The next UNCITRAL Working Group meeting is expected to take place in October 2020. 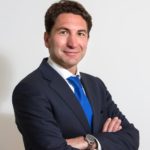