The 12th World Trade Organization ministerial conference has been cancelled at the request of the Kazakhstan hosts, due to the Corona virus. So what comes next?

The organisation may still hold a special ‘General Council’ meeting in Geneva in lieu of the ministerial, but this is likely to be vastly lower profile.

While ‘MC12’ was never expected to yield major breakthroughs on the most contentious issues, there was slim hope for an outcome on fisheries subsidies, domestic regulation in services, investment facilitation and electronic commerce.

Outcomes on these issues remain legally and technically possible even without a ministerial conference. However, this cancellation unquestionably reduces their likelihood as it removes a natural deadline and further reduces the political imperatives to reach a deal.

You’re busy online shopping for New Zealand apocalypse bunkers, what do you need to know?

The role of ministerial conferences at the WTO

Every two years, trade ministers from the WTO member states for half a week of frenzied negotiations on improving the rules of international trade.

This gathering of ministers isn’t a legal necessity for new rules to be made. In principle, the WTO’s General Council can make new rules at any time if a consensus for them emerges. In practice however, the few major advances the WTO has made have either been reached or announced at ministerial conferences.

The primary challenges to new WTO outcomes are invariably political, not technical. Getting a deal on anything, whether it’s investment or agriculture, requires at least some of the parties moving off their red-lines. Ministerial conferences facilitate this in two ways:

First, by bringing together ministers, they allow face to face negotiations between the decision makers. At the ministerial conference in Nairobi in 2015, much was famously decided in a marathon ‘green room’ session where the US Trade Representative,  the European commissioner for trade and the trade ministers of India, Brazil and China hashed out a compromise on ending agricultural export subsidies. That’s just not something ambassadors posted in Geneva are empowered to do.

Second, the biennial conferences create natural deadlines and thus pressure politicians to make hard choices. Politicians generally prefer having something to announce when they go to a major international gathering, which in turn encourages them to be a little more creative and flexible than they would be without the threat of a ‘failed conference’ hanging over their heads.

Does that actually work?

Sometimes, but far from always and only to a point.

There are a range of issues where the major players are simply too far apart for some face to face negotiations or the threat of a disappointing headline in the Financial Times to yield results. Virtually every ministerial conference has had new disciplines on agricultural subsidies as a goal and most made no progress whatsoever.

As a rule, most ministerial conferences see some progress, but rarely on the major issues of contention.

What were the major issues to be discussed at MC12?

Most analysts were pretty dubious about the prospects of huge outcomes from MC12, but not from lack of big issues on the table.

Issue: The future of the international trading system

MC12 would be a chance for ministers to sit down and discuss the fate of the rules based trading system, US concerns, the Doha Round and all the other thorns in the collective global trading side.

Ministers have obviously discussed these issues already during bilateral meetings, and at smaller gatherings like the informal Ministerial meetings hosted every year at WEF’s Davos event and the OECD’s Paris meeting by Switzerland and Australia respectively, as well as at the G7, G20 and APEC. However, a Ministerial Conference is both larger and more focused on the issues at hand.

Cancellation impact: This is not something that can be replicated in Geneva at ambassadorial level or even with a smattering of ministers and senior officials. A much needed opportunity lost.

There was almost no chance the MC12 was going to see any progress on the actual US veto preventing new Appellate Body appointments. The US has been clear it sees the problems are systemic and well beyond the scope of any short-term negotiations to fix.

Cancellation impact: Fairly marginal. MC12 could have provided an opportunity for the EU and its like-mindeds to recruit more members onto their stop-gap solution, and drawn attention to this issue, but results were never really on the cards.

These issues are the WTO’s White Whale, and have eluded the organization even in times of far greater certainty and global consensus around rules based trade and liberalisation. In 2020 they have about as much chance as my local middle school soccer team does of winning the Champions League.

Cancelation impact: Helps the organisation avoid yet another embarrassing failure to make progress on what is supposed to be its negotiating functions raison d’etre.

From White Whales to real whales. The WTO has a mandate in the United Nations Sustainable Development Goals to reach agreement on international rules to prevent the subsidy of illegal fishing and overfishing.

The deadline for this was supposed to be the end of 2019, but the General Council in December of that year punted the can down the road to buy negotiators mode time, provide the Ministerial Conference with a potential ‘win’ and improve the likelihood of success.

Cancellation impact: Potentially fatal, though negotiators from several WTO members have already vowed to keep working. Meetings continue via videoconferencing technology, and the target remains successful conclusion by mid-year. An outcome is still certainly possible, but this cancellation makes this much more difficult.

In December 2019, the WTO Members bravely kicked the can of extending the moratorium on e-commerce duties down the road to the upcoming Ministerial Conference. As a reminder, if this moratorium expires WTO Members will be free to try and charge tariffs on “electronic goods” like music or movies.

Cancellation impact: In a strict legal sense, the moratorium should remain in place despite this cancellation. The language of the General Council decision in December is “until the 12th Ministerial Conference” and so, assuming there is ever a WTO ministerial conference again (no reason to believe otherwise) then strictly legally speaking the moratorium should hold until then.

Whether the WTO members who aren’t wild about the moratorium hold to an extension that runs beyond mid-2020 is uncertain, but given the difficulties of actually implementing any kind of tariffs on digital goods and the pressing considerations of a global pandemic, there’s reason for optimism.

These are plurilateral initiatives being done on an opt-in basis, with the sub-groups of members participating all fundamentally agreeing on the goal and wanting to see an outcome.

Of these, the Domestic Regulation in Services discussion was perhaps the most advanced in terms of draft text, but there was some hope for an e-commerce outcome and even the investment facilitation talks were advancing.

Cancellation impact: These are plurilateral initiatives, so technically don’t need to be announced at the WTO at all. The countries involved in any of these negotiations could announce their successful conclusion while sitting at 53 individual Starbucks worldwide and it would still be just as legal. However, given attention will be elsewhere and the likely absence of ministers, it seems more than possible any successful conclusion will be pushed back to a grander occasion.

Optimists will disagree with me and argue there is also the possibility that members, wanting to generate some good news and demonstrate their continued faith in the system will go ahead with their joint initiatives for mid-year anyway. Fingers skeptically crossed. 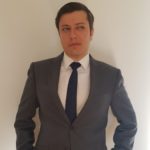 In this exclusive Borderlex blog series ExplainTrade.com founder Dmitry Grozoubinski (@DmitryOpines) takes a relentlessly pragmatic look at the World Trade Organization with one question in mind: “You’re busy, what do you need to know?”