The United States have tried to address long-standing trade concerns with China by using tariffs as a means to put pressure on Beijing. But tariffs won’t likely extract the concessions that Washington is hoping for. A different negotiating tactic involving a balanced agreement with China and cooperation with allies may yield better results, write Huan Zhu and Inu Manak.

Tariffs have been the trade policy tool of choice for the Trump administration as a strategy to gain concessions in trade talks, imposed on allies and rivals alike. The Trump administration has used tariffs on steel and aluminum under the Section 232 statute, as well as tariff threats on autos and auto parts, as leverage in trade negotiations with Korea, Canada, and Mexico, as well as the European Union.

Most recently, the administration has used tariffs to put pressure on China, but negotiations have sputtered, and no deal has yet been reached. While the United States has valid concerns regarding China’s trade practices, the approach taken so far in addressing them may not yield the best results. If President Trump truly wants to close this deal, he should reconsider using punitive tariffs as a negotiating tactic, and instead take a more balanced approach, working with US allies. Doing so could lead to a long-term and politically viable deal that the Chinese leadership could accept.

While the Trump administration may have had limited success pressuring Korea, Canada, and Mexico with tariffs, it is unclear how many concessions the strategy actually delivered. Regardless: China presents a more difficult negotiating challenge. It is a much larger economy than that of Korea and Canada – and will therefore be better able to cope with the impact of tariffs. Its domestic politics presents a unique challenge. It cannot make concessions in the name of preserving a military alliance.

China is currently in the midst of an internal debate between economic reformers, on the one hand, and those who support the status quo and may view the United States as a rival, on the other. While the reformers may want to push for more significant internal economic changes, they also are conscious of appearing too accommodating to US requests, which could hurt them in their overall reform efforts.

Recent talks have reached a stalemate, with the United States accusing China of “reneging,” by walking back from its previous concessions. Chinese officials, on the other hand, criticized the deal as being unbalanced, and said the United States’ insistence on changes to domestic Chinese law as part of the agreement goes too far. While there are likely significant gaps in consensus over substantive issues, there are also differences in negotiating styles. 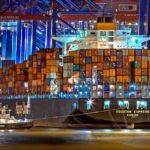 One Chinese official recently said that “all countries have their own dignity and the text of the agreement must be balanced and acceptable”. The Chinese Minister of Foreign Affairs called for a negotiation based on an equal footing. In contrast, President Trump recently made clear that a deal cannot be “50-50.”

It is true that there are real problems with China’s trade behavior, which were extensively outlined in the United States Trade Representative’s Section 301 Report. It therefore would not be appropriate to simply split the difference between the two sides. So how should the Trump administration navigate negotiations?

If it really wants a deal, there are two things the United States can do. First, it should work with its closest trading partners to address shared concerns on China’s trade practices.

One way to do this is through current trilateral discussions with Japan and the European Union, who are trying to address non market-oriented practices of third countries, among other things.

In a recent meeting of the three trade ministers, they agreed to continue work on finalizing a text “with the aim of initiating negotiations on stronger disciplines on industrial subsidies and state-owned enterprises.” However, it is not yet clear if the parties can come to agreement on working definitions on these issues so that they narrowly address concerns with China without impacting policies in the European Union and the United States as well. Talks are ongoing, so there is still time to bridge these gaps.

In addition to improving disciplines in these areas, the European Union and other allies can work with the United States to bring new complaints against to the World Trade Organization,  which would take pressure off of bilateral talks.

The Trump administration has argued that the WTO cannot help with China’s protectionism and other trade practices. However, a study of WTO complaints against China shows that China does reasonably well in complying with WTO dispute settlement rulings against it. Existing WTO obligations will not solve all the trade concerns with China, but they can help more than people think.

While the European Union and Japan should continue to engage with the United States and encourage a multilateral approach, the United States also needs to be mindful of actions that could alienate its allies. If the United States wants to win broad support for tackling concerns with China, it should remove threats of tariffs on autos and lift the remaining tariffs on steel and aluminum, without replacing them with quotas. This would be an important signal to US allies that we are working towards the same goals and are on the same side.

Second, the United States should move away from the idea of a zero-sum result where China caves on everything, and instead create a pathway for a soft landing by making serious offers on issues that China really cares about.

To start, the Trump administration should offer to remove all tariffs upon reaching an agreement, something that the administration has resisted so far.  By offering to lift all tariffs, the United States can show that it is negotiating in good faith and make it easier for the Chinese negotiators to agree to significant concessions while also being able to sell the deal at home. If the United States is concerned about China not following through on its promises, it can include language in the deal to reenact tariffs if China reneges on its new commitments.

In addition, the United States should provide a clear pathway for the two sides to stabilise bilateral trade relations more generally. For instance, the United States could consider clarifying its broad definition of national security and “emerging and foundational technologies” in relation to its export control regime. Furthermore, the Trump administration could offer to change the way it calculates anti-dumping tariffs on Chinese goods, by taking China off the list of countries who are given particularly unfavorable treatment, contingent on getting specific concessions from China in exchange.

This would be a very big change for the United States, but if it could generate acceptance of even bigger changes by China, it might be worth it.

Ultimately, however, if the United States is prepared to make substantive offers, it should do so through a comprehensive trade agreement with China, and not a temporary political agreement. The United States should also find a way to ‘multilateralise’ the concessions China agrees to.

By offering a more balanced deal as part of these negotiations, the United States can distance itself from the image of bullying China into concessions, and in doing so give China the political space it needs to make difficult reforms.

Huan Zhu is a Research Associate at the Cato Institute’s Herbert A. Stiefel Center for Trade Policy Studies 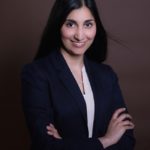 Inu Manak is a Visiting Scholar at the Cato Institute’s Herbert A. Stiefel Center for Trade Policy Studies.