Although they haven’t even started yet, United States-European Union trade talks already face major obstacles. Moving forward is critical to end the ‘tug of war’ between the US and EU. The best way to get there is to take a multifaceted approach aimed at both the transatlantic market and the global trading system, writes Marianne Petsinger.

On Thursday, the European Parliament did not endorse two negotiating mandates that authorise the European Commission to start formal trade talks with the US – and instead ended up not taking a stance. Although any resolution by the parliament would have been non-binding, the unexpected vote adds a blow to forthcoming trade talks that already face a number of challenges.

The US tariffs on imports of steel and aluminium introduced by the Trump administration in the name of national security are a major source of friction. Although the removal of the metal tariffs will likely be a precondition for the conclusion of trade talks, the fact that the EU has been willing to start negotiations with the US while the tariffs are still in place has exposed the former’s U-turn on not negotiating ‘with a gun at its head’.

The EU also risks wavering on its commitment not to sign free-trade agreements with countries that do not ratify the 2015 Paris Agreement on climate change, from which the US has withdrawn under Trump.

The US president’s threat to impose tariffs of up to 25 per cent on imports of automobiles and automotive parts is on hold for the time being, but remains another source of tension, and – if implemented – would lead to the suspension of talks.

Although new trade talks will not be a revival of the stalled Transatlantic Trade and Investment Partnership negotiations, many of the sticking points encountered during those negotiations are likely to resurface. For now, the US and EU negotiating objectives diverge fundamentally in their potential scope – especially on whether to include agriculture.

In light of these differences it is far from assured whether forthcoming US-EU trade talks will be successful. If the negotiations are to have a real prospect of success, a more multifaceted approach is needed. In the current political and economic environment, the following recommendations aimed at both the transatlantic market and global challenges of common concern could offer a way forward.

The history of TTIP and the current protectionist tendencies of the Trump administration both suggest that achieving a fully-fledged US-EU free-trade agreement on a single track is almost impossible at this point. Instead, future US-EU trade talks might be more productively conducted via parallel tracks where each issue is addressed according to its own timetable. A successful path might be to ‘think small’ and get rapid results – for instance by focusing on regulatory cooperation in the area of car safety. Both sides should also engage in negotiations concerning tariff liberalization for industrial goods.

US and EU negotiators seem to be willing to go down this path. While the US administration has an interest in agreeing a US-EU trade deal to showcase President Trump’s deal-making abilities ahead of the US presidential election in 2020, the EU is interested in a swift agreement primarily to forestall the potential imposition of automotive tariffs.

More broadly, quick wins in the coming months would create critical momentum for a more ambitious and comprehensive US-EU free-trade agreement in the future.

While the logic behind TTIP – in terms of both economic gains and wider strategic benefits – is still valid, future US-EU trade negotiations should – and will – not be ‘TTIP 2.0’. This implies not just relaunching TTIP under a different name, but excluding the most controversial issues – such as agriculture – that hampered progress on TTIP. In seeking a US-EU trade agreement, a critical balance must be struck between a deal that is narrow enough to be viable but also sufficiently broad to cover ‘substantially all the trade’ in line with WTO rules. Transatlantic trade negotiations should also apply the lessons of TTIP with regard to the negotiating process (particularly concerning transparency and stakeholder engagement).

Transatlantic trade talks will require significant political investment from both sides. But with an ‘America First’ trade policy and a critical political calendar for the EU in the first half of 2019 due to Brexit and elections to the European Parliament, it is not guaranteed such an investment will be forthcoming. If the talks fail to make progress, the US is likely to act on its threat to impose tariffs on imports of cars and automotive parts from the EU. This would strain the transatlantic relationship severely.

The biggest risk is that current efforts to further integrate the transatlantic marketplace will backfire. In other words, rather than strengthening transatlantic ties, a futile attempt to negotiate a free-trade agreement would further divide the US and the EU at a time when both sides need to face shared global concerns together.

In addition to focusing on the transatlantic market, the US and the EU should use their trade talks as a forum to discuss ways to set a constructive agenda to address shared concerns regarding the global trading system – such as the need for reform of the WTO, and China’s trade practices.

The best way to tackle joint concerns arising from China’s global steel overcapacity, the operations of certain state-owned enterprises, or practices related to forced technology transfers and intellectual property theft is for a group of countries to work together – both inside and outside the WTO – to bring about reforms.

The existing cooperation between the EU, Japan and the US should be enhanced. Because the three parties are among China’s most important trading partners, a united front could potentially lead to real progress and compel Beijing to change its trade practices.

For the EU: adopt a balanced approach to engaging with Trump

In response to the current and any future unilateral tariffs imposed by the US, a balanced strategy for the EU would be to retaliate in accordance with WTO rules but without escalating the dispute.

Yet in order to be able to engage constructively with the US, the EU and its member states should also address valid concerns. For instance, the issue of Germany’s structural trade surplus has been raised not only by the Trump administration, but also by the IMF and by other EU member states.

The EU should not bide its time and simply wait out the term of the Trump administration. Such a tactic may prove futile, not least as Trump could be a two-term president. And even if the Democrats do retake the White House in the 2020 election, some of the current protectionist tendencies are likely to linger.

Critical to the success of future transatlantic trade negotiations will be whether the EU is able to speak with one voice when dealing with the US. But the surprising vote in the European Parliament this week, which has resulted in the legislative body not issuing a recommendation on the forthcoming US-EU trade negotiations, highlighted how fractured views in the EU are about trade talks with the US.

It is now up to the EU member states – via the Council – to weigh in and approve the negotiating mandates before the Commission can launch trade negotiations with the US. Let’s hope the Council gives the green light.

Moving transatlantic trade talks forward is critical to end the ‘tug of war’ between the US and EU, thereby strengthening not only the bilateral trade relationship, but global commerce as well. 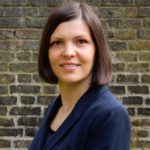 Marianne Petsinger (@MPetsinger) is US Geoeconomics Fellow at Chatham House in London.

This piece is based on her latest research paper: US–EU Trade Relations in the Trump Era: Which Way Forward?

Opinion pieces published by Borderlex are those of their authors only.