Globalisation and robotics will eventually improve the world, but they are creating competition for services jobs that is coming quickly and in ways that will seem very unfair, Richard Baldwin tells Borderlex.  Workers and governments must prepare for the advance of ‘globotics’.

White-collar workers beware: the combination of globalisation and robotics means a machine may soon steal your job. But the eventual result – though it will take some time – will be a happier, more prosperous world.

In the meantime, however, there is a real risk of explosive social and economic upheaval as new jobs aren’t created as quickly as old ones are lost, and people perceive competition from ‘globots’ as unfair.

That’s the analysis of Richard Baldwin, whose new book ‘The Globotics Upheaval: Globalization, Robotics and the Future of Work’ offers food for thought to governments on how to help their citizens cope with the eventual chaos caused by the speed of the transformation. Baldwin, a professor of international economics at the Graduate Institute in Geneva, is one of the world’s top globalisation experts. He wrote the book as a follow-up to the last chapter in his 2016 book, ‘The Great Convergence: Information Technology and the New Globalization’, which speculated on the future of globalisation.

“Most people are focusing on the rise of robots, not globalisation,” Baldwin said in an interview on Tuesday. “This thing is coming faster than they think and in ways they don’t expect, and we have to prepare for it. I’m seriously worried that this rapid advance of digitalisation will cause social upheaval.”

This has occurred in the past, of course. Trade and technology destroyed farm jobs while creating jobs in factories in the 19th century, and then they destroyed these factory jobs while creating office jobs in the 20th century. Such economic change had massive social consequences, as basic aspects of daily life changed and work was increasingly redefined.

Backlash against ‘tele-immigrants’ and IT firms

This time around, digital technology also is creating a new form of globalisation that Baldwin calls ‘telemigration’, or the globalisation of services. It allows talented, low-cost workers in foreign countries – Baldwin calls them tele-immigrants – to work in “our” offices without physically being in them.

“Some elements of the outrage will be that tele-immigrants don’t pay taxes in the buying country. So backlash in OECD countries is likely,” he said.

“We’re in a vulnerable powder-keg kind of situation, and this might light the fuse,” he told Borderlex. “People aren’t prepared or aware. So my book is me kind of going down to the village square and ringing the warning bell.”

The ‘human touch’ can’t be replaced

Human skills will still be needed in positions that require management, dealing with unknown situations, caregiving, motivation, social understanding, empathy, creativity, ethical choices and face-to-face interaction with other people. Many of these new jobs will be local, and people’s quality of life will improve, according to Baldwin.

Seeking shelter from the shocks

So there’s no doubt that the world can expect social upheaval in reaction to the transformation, and this is where governments have a key role to play. People will be looking for shelter from the shocks – this, Baldwin calls shelterism – and it’s up to governments to provide it. “With shelterism, it’s not that we’re not against the technology; we just want a little shelter from the storm,” he said.

Baldwin gave several examples to show that shelterism is already a policy in some countries. Switzerland has used regulations to slow the expansion of Uber, in support of taxi drivers concerned about the competition, and in the UK, regulations have targeted self-drive cars in London to give black cab drivers time to adjust.

People and governments must “be aware and prepare,” he said. Workers need to ready themselves for the future of work in new ways, and governments should regulate the pace and unfairness of competition from globots.

“Before, it was get more skills, education and experience and that would enable you to compete,” he said. “Services were protected from globalisation because you needed to be face to face. But machine learning creates good substitutes for very specific types of thinking, and in very highly paid professions, there is lots of AI taking over, doing the grunt work, reading and collating and comparing.”

‘The Globotics Upheaval’ was published electronically less than a week ago. It has already been released as a hardback in Australia, and will be available on 24 January in the UK and 9 February in the US. 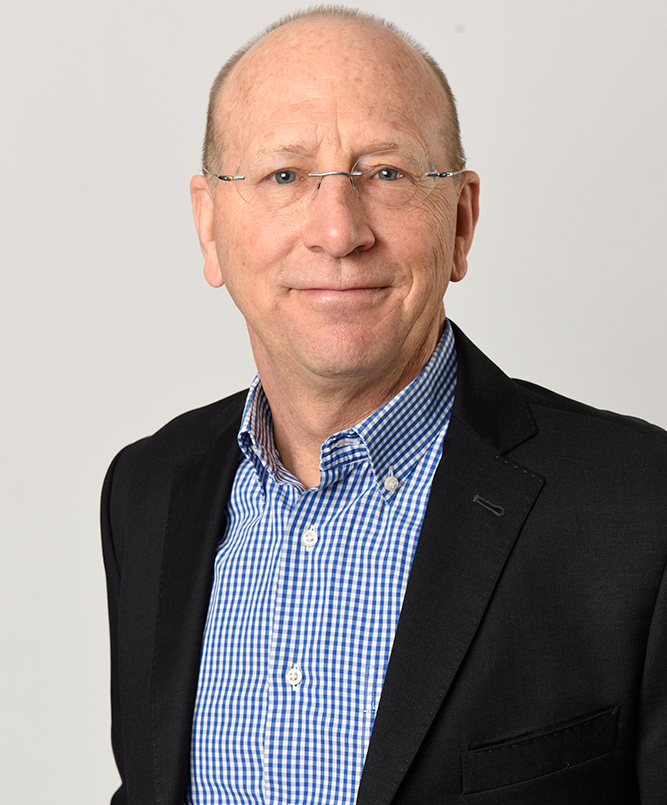 Richard Baldwin is a professor of international economics at the Graduate Institute in Geneva, and editor-in-chief of the economic policy portal VoxEU.org