The EU’s international investment protection policies are not 100% consistent, Nikos Lavranos concludes after examining the relevant chapters of the bloc’s trade agreements with Vietnam and Singapore and CETA.

The perceived inconsistency in existing bilateral investment agreements and the jurisprudence of international arbitral tribunals established under those BITs have been major points of critique that the EU intends to rectify with trade and investment deals it has recently concluded.

The EU has been able to include the ICS system in its free trade agreements with Canada, Vietnam, Singapore and Mexico.

However, the fate of the ICS is still pending before the Court of Justice of the EU. As readers recall, in exchange for Wallonia’s agreement to sign up to CETA, Belgium agreed to request the court’s opinion about the compatibility of the ICS with EU law. The advocate general’s opinion was scheduled for October, but has been postponed until the end of January. The court’s opinion can be expected half a year later.

This article compares some of the ICS features contained in CETA and the EU-Vietnam and EU-Singapore FTAs, and highlights noteworthy differences.

Interestingly, the size of the Tribunal of First Instance differs in all three agreements, thus highlighting the different sizes of the economies involved and the varying likelihood of the number of disputes that are expected.

All three agreements use the same language regarding the qualifications of tribunal members: they must have the qualification for appointment to judicial offices in their respective countries or be jurists of recognised competence. They shall have expertise in public international law and it is desirable – though apparently not required – that they have expertise in particular in international investment law, international trade law and the resolution of disputes under such agreements.

The provisions on the Appeal Tribunal differ in the three agreements.

For both Asian FTAs, there are six Appeal Tribunal members, two each appointed by the EU, Vietnam and Singapore and two third state nationals who shall be appointed jointly). The EU-Vietnam FTA includes four-year terms renewable once and the accord with Singapore includes terms of eight years that can be renewed (without explicit limitation).

In short, the two Asian FTAs are pretty much aligned.

In contrast, CETA doesn’t contain any specific details about the Appeal Tribunal, but defers to the Joint Committee to decide specific administrative and organisational matters, such as the number of tribunal members. The Asian FTAs already contain such details.

A leaked revised draft decision of the Joint Committee highlights one important difference, which must be seen as a reaction to the current paralysis in the appointment of WTO Appellate Body members.

The CETA appeals members shall be appointed for six-year terms but non-renewable (and the terms of the three members shall extend to nine years). In this way, the EU and Canada apparently hope to avoid the politicisation of the re-appointment process. This arguably also safeguards that tribunal members are not deciding cases in a certain way to ensure their re-appointment.

Another noteworthy difference is that CETA requires the same qualifications for Tribunal of First Instance and Appeal Tribunal members (i.e., members must have the qualification for appointment to judicial offices in their respective countries or be jurists of recognized competence).

This raises the question what the added value would be to go before the Appeal Tribunal, when the qualifications of members of both tribunals are the same. It is very unusual for both international and domestic court systems not to require higher standards for appeal judges. One practical reason could be that the EU and Canada want to enable easy promotions from the Tribunal of First Instance to the Appeal Tribunal, thereby extending the possible total terms of appointments of the members, which in turn could strengthen the consistency of the decisions and institutional knowledge.

Finally, the revised draft decision contains a specific provision that the Appeal Tribunal may sit as a “full court” when a case raises a serious question affecting the interpretation or application” of the agreement.

All three FTAs contain detailed provisions on ethics for tribunal members and an extensive code of conduct for them.

Arguably, the first part of this clarification is meant to cover university professors and other academics who are employed and paid by state-run institutions. But the second part, regarding former government employees, raises questions as to their independence vis-à-vis the state for which they worked.

Furthermore, all three FTAs say that tribunal members shall not act as counsel or party-appointed experts or witness in any pending or new investment protection dispute under these or any other treaties or domestic law.

The three trade deals provide for a three-year period after members’ appointments end when they are not allowed to act as representative of any party involved in a dispute before either tribunal.

In light of the sensitivity and difficulty of deciding issues of independence and impartiality of colleagues, it seems preferable to leave these kinds of decisions to an external judge who is not associated with either tribunal.

The EU-Vietnam FTA requires a party to notify the other disputing party and the tribunal “on the existence and nature of the funding arrangement, and the name and address” of third party funding. The trade deals with Singapore and Canada only require the claimant to notify the “name and address of the TPF”. Clearly, the EU-Vietnam FTA imposes a more extensive disclosure obligation regarding also the content of the funding arrangement.

The above analysis shows that while all three FTAs contain many similar investment court system provisions, there are differences in the fine print of each pact. There are many more minor differences, in particular regarding procedural issues and time lines.

Some of these differences address specific concerns regarding a particular country and others aim to mitigate recent problems (such as the re-appointment crisis at the WTO Appellate Body). To some extent, those differences can also be explained by the fact that the different treaty texts were not negotiated at exactly the same time, and thus reflect an evolution of thinking. Also, the negotiation experience and expertise of the countries involved varies, which in the case of Vietnam and Singapore may have enabled the EU to push its ideas more easily through.

It remains to be seen whether these differences will also result in divergences in the operation of the ICS tribunals and in their decisions. In any event, it is important for investors and their legal advisers to be aware of the differences when initiating ICS proceedings.

Nonetheless, the differences between these three trade deals prove that not even the EU is able to achieve 100% consistency in its international trade and investment policy. However, by their very nature, bilateral international agreements are always tailor-made. Therefore, inconsistency is natural and nothing to criticise. 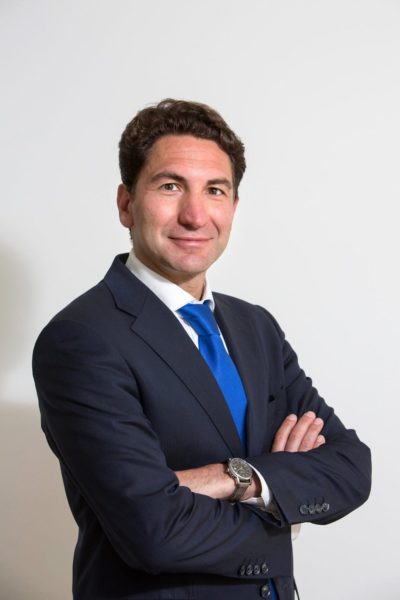 Nikos Lavranos is guest professor of International Investment Law, Free University, Brussels, and a regular contributor to Borderlex. He is also secretary general of EFILA.