The prospects for reform at the World Trade Organization, particularly to ensure that its dispute settlement system avoids paralysis, are “uncertain, to say the least”, says Stuart Harbinson. But the risk is worth it and not pressing on would be a dereliction of duty, he argues.

Global trade is in an extremely fragile state. The effects of unilateral tariff actions are working their way through the system, creating uncertainty for business and undermining confidence and growth. Trade disputes are piling up at the World Trade Organization but its Appellate Body, under attack from the US, is on the verge of paralysis. As WTO chief Roberto Azevedo said recently: “The question is not whether the trade war scenario would have a negative impact, it is how horrible the effects are going to be”.

There has been sufficient alarm to trigger a debate about the need to revamp and strengthen the WTO as the custodian of the rules-based international trading system. To the fore are the EU, which has published proposals for discussion, and Canada, which recently convened a ministerial gathering in Ottawa on the subject. Washington, a fierce critic of many aspects of the WTO system, has declined to articulate specific reform proposals of its own, but has agreed with the EU and Japan on its desirability. China has been relatively quiet.

What’s on the agenda?

Some 23 years after its establishment, the time could be right to review and renew the WTO system. Among the specific areas highlighted for treatment by reform proponents are:

o   Rules inherited from the GATT era, while remarkably durable, now look outdated and inadequate in some areas, notably digital trade and rules on state-led and state-subsidised trade.

o   Although there have been successes (the Information Technology Agreement, the Trade Facilitation Agreement, regulatory principles for basic telecoms, elimination of agricultural export subsidies), the WTO’s negotiating function on the whole seems incapable of producing enough results, fast enough.

o   Monolithic categorisation of countries as “developed” or “developing”, with the latter having fewer obligations than the former, is increasingly anomalous in today’s highly differentiated, multipolar economic landscape.

o   The US in particular accuses the Appellate Body of judicial activism and overreach (hence its block of appointments to the AB).

o   WTO committees, with notable exceptions, should be more proactive in monitoring existing agreements and clarifying their rules. Members have in many cases not fulfilled even basic obligations such as timely notifications of trade measures.

Of these, the potential paralysis of the dispute settlement system is the most urgent to address. Without a viable appeals process – a situation that is rapidly approaching – the scene could be set for increasingly widespread disregard of international trade rules and a downward spiral of tit-for-tat retaliation.

Some issues are interconnected. The inability of WTO members to craft new rules or to interpret old ones has added stress to the dispute settlement system as the only means to clarify obligations, leading to the charge of judicial activism.

Is this just a reaction to Trump?

The issues are far from new. They have been highlighted in a succession of reports from groups of eminent people and academic institutions over the years – reports that were steadfastly ignored by WTO members.

Successive G20 leaders’ declarations papered over the cracks by issuing vague exhortations on the need to “strengthen the WTO” or to “make the system work better” – pronouncements that were never followed up.

The Obama administration was a vociferous critic of the WTO, too. What is new is the threat by the Trump administration to leave the organisation unless it “shapes up”.

So the storm has been brewing for some time, but President Donald Trump has forced the issue to a head. Now, for the first time, we see at least some countries prepared to accept responsibility by directly addressing the issues. To this extent, at least, they should be applauded.

There is, however, a potential trap in thinking that the current dire situation is due principally to defects in the WTO as an institution – defects that could be fixed with procedural solutions.

This is not so. In fact, “the WTO” is its members. Whatever the rules, it is the behaviour of its members that will determine whether the WTO has a future. Sadly, the track record of the last 20 years, after an initial burst of optimism, is one of increasing lack of self-restraint and political rhetoric, spreading mercantilism and economic nationalism, and refusal to compromise. New procedures alone will not cure bad behaviour.

Underlying many problems is the lack of a normative consensus, or at least some sense of commonality, as to the purpose of the organisation. It’s easy for all to profess an abstract commitment to the multilateral trading system. But what does this mean in practice? Is it about progressive international economic cooperation, trade liberalisation and rulemaking or trying to ensure that everyone has a “fair share” of international trade? Or does it merely it provide a battlefield for competitive mercantilism?

Prospects for progress … and lurking danger?

Against this background, the prospects for progress are uncertain, to say the least. An initial concern is how, in an organisation that takes decisions by consensus, a divided membership can coalesce around meaningful reforms, especially when they appear to be driven at the outset by a subset or clique.

However, this is fairly normal practice in the WTO. Most initiatives originate in small or semi-exclusive gatherings; otherwise, they would never get off the ground. The challenge for proponents lies in broadening participation while maintaining a reasonably high level of ambition. This will not be easy.

A second concern arises in relation to the substantive rule changes that would be required by some elements of the agenda – for example, in WTO rules on state subsidies or in the scope of Appellate Body rulings. Awkward questions might be asked – for instance, is this an attempt to move the goalposts now that emerging market economies are challenging old supremacies? And are some elements of the “WTO reform” agenda in fact a “China reform” agenda?

These challenges may not be insurmountable, but they do suggest that progress will be neither easy nor quick. There are also very significant risks. An attempt that ultimately fails to deliver meaningful reforms could, in the worst-case scenario, result in an even more divided – and conceivably fatally fractured – organisation.

Is it worth the risk?

Is it worth the risk? The many “middle ground” countries that make up the core support base of the system are surely aware of both the scale of the challenge and the high stakes. The crisis in the system has simply become too big to ignore. Neglect can only lead to the demise of WTO dispute settlement and the return of a trading system based on power rather than rules. It would be a dereliction of duty not to attempt to avert this. 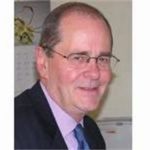 Stuart Harbinson, who advises clients on trade issues at Hume Brophy, represented Hong Kong in the WTO from 1994 to 2002.