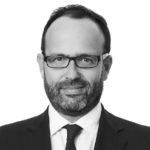 The EU’s planned sanctions mechanism during the United Kingdom’s transition period out of the EU means the European Court of Justice might ultimately not govern it. Also, Britain’s approach to rolling over EU third-country trade agreements during that period could well prove to work, argues Lorand Bartels.

The partial legal text on transitional arrangements released during last week’s round of Britain’s European Union withdrawal negotiations has made for difficult reading in Whitehall.  But what if it all works out well for Britain in the end?

The text limits the transitional period to 31 December 2020 with no foreseen extensions, contrary to recent reports of flexibility on this point. EU law in its entirety, insofar as it is currently binding and directly applicable in the UK, will continue to have these effects, except for the UK’s rights of political representation.

The EU text makes exceptions for the UK’s roles in foreign and security policy, the Bank of England, decisions involving sensitive information, and acting as the leading authority on procedures such as risk assessments. This body of law will be enforceable by EU institutional organs, including the Court of Justice of the European Union.

What remains unknown is the role of the EU court with respect to the withdrawal agreement itself. It seems unlikely, however, to have any role. The proposed EU text provides that the UK will be subject to economic sanctions for noncompliance in the event of a violation if a referral of an issue to the ECJ “would not bring in appropriate time the necessary remedies” (the odd language is seemingly a translation from a German original). This sanctions mechanism might be the end result of a dispute settlement mechanism separate from the Court of Justice, on the model of similar mechanisms in EU third-country FTAs. If not, this is a harsh mechanism.

The text also contains interesting details on the UK’s position vis-a-vis third countries via third-country EU agreements. The draft agreement states that ”the United Kingdom shall be bound by the obligations stemming from the international agreements concluded by the Union, or by Member States acting on its behalf, or by the Union and its Member States acting jointly”. This must be understood as meaning bound under EU law, in accordance with the existing rule, set out in Article 216(2) [of the Treaty on the Functioning of the EU] that “[a]greements concluded by the Union are binding upon the institutions of the Union and on its Member States”.

This means, for example, that, under the withdrawal agreement, the UK mustn’t impose any trade restrictions on products from countries like Canada – with which the EU has a free trade agreement – either directly or imported via another EU member state. The problem is that Canada is under no obligation to permit access to British products or services, because the FTA only grants UK products and services this privilege to the extent that the UK remains an EU member state.

The resulting imbalance – free trade for third-country products and services into the UK,  but no free trade in the other direction – looks bad for the UK. To be sure, Turkey and Monaco are in this situation, but not entirely happily, especially in Turkey’s case. In fact, Ankara almost derailed the EU-Turkey customs union when it seemed that the transatlantic TTIP pact, which is now on hold, would have allowed US products de facto free market access into Turkey – via the EU – on a nonreciprocal basis.

Naturally, the UK hopes to avoid this result. It has been working for some time on ‘transitionally adopting’ or – ‘rolling over’ – these existing EU third-country FTAs on a bilateral basis with the relevant third countries. This route is also expressly envisaged in Britain’s Trade Bill, which would enable such transitionally adopted agreements to be implemented by executive act without further reference to Parliament.

It is unclear that this can be done in time for March 2019, especially if the third countries use the opportunity to renegotiate parts of these agreements with the UK, as has recently been reported. The trade bill also acknowledges that some changes might be necessary.

The EU’s negotiating text adds another hurdle: it states that the EU would have to approve any such agreements in areas of exclusive competence, which covers almost all trade before they ‘bind’ the UK.

Technically, an agreement is ‘binding’ before it takes effect, and it is difficult to see how the EU can justify such a restriction on treaties that don’t come into effect until after the end of the transitional period. Perhaps what is meant is that such treaties cannot enter into force before that period, but as that is in any case prohibited by operation of EU law, this is an unlikely interpretation.

A UK technical note dated 8 February offers a different solution, namely that the parties to EU – and mixed EU-member state agreements with third countries – conclude independent agreements providing that Britain will be considered to continue to be an “EU member state” and part of the EU for the purposes of the agreement until the end of the transitional period.

The technical note states that such an interpretative agreement would govern the third country accords on the basis of Article 31 of the Vienna Convention on the Law of Treaties, which states that treaties are to be interpreted in their context, including subsequent agreements regarding their interpretation.

This is entirely correct. But it does require that all the parties to the original third-country agreement are also party to the new deal. This means, for all of the EU’s trade pacts (except one with Kosovo), that all EU member states must also conclude the new agreement. Depending on their ratification procedures, it could take some time for that accord to take effect.

A solution to this problem, not mentioned in the technical note, is to limit the scope of an interpretative agreement to matters within exclusive EU competence, which would allow that treaty to be ratified by the EU, the third country and the UK without the need for ratification by the other EU27 states. The need for third-country ratification could, however, still delay this solution.

If this doesn’t work, other partial solutions might be envisaged. The EU could unilaterally designate the UK as part of its customs territory for the purposes of the bloc’s rules of origin, thus requiring the third country to allow entry to British products and EU products with British inputs. This is what is done with Monaco.

Alternatively, the EU and the third country could, without the need to amend the agreement and, hence, to ratify it, agree to amend the protocols on rules of origin attached to the third-country agreement to include UK products.

For customs matters, that would achieve most of the UK’s objectives. But this is only a partial solution. Regulatory rights accrue only to the EU – which won’t include the UK. Rights in respect of investment and services are limited to investors, services and service suppliers of the EU member states. Changing this would require treaty change, or a new interpretive treaty as envisaged by the technical note.

This scenario must also be seen in the context of World Trade Organization law, which permits FTAs, as an express exception to the most favoured nation obligation – a nondiscrimination obligation as between goods and services from all WTO members. The condition, however, is that these FTAs must cover ‘substantially all the trade’ in goods – or ‘substantially all service sectors’ – between the parties to that agreement on a reciprocal basis. If the UK’s preferences for Canadian goods and services – and from other EU-third country FTA parties – aren’t reciprocated, then the UK will be in violation of WTO law.

The the only way to fix this would be to impose trade barriers to those products at the UK-EU border, including the Northern Ireland-Ireland border. This is not an outcome that either the UK or the EU would want. It’s unlikely that the third country would want it, either.

Lorand Bartels is Reader in International Law at Cambridge University and Senior Counsel at Linklaters LLP in London. Follow him on Twitter @Lorand_Bartels